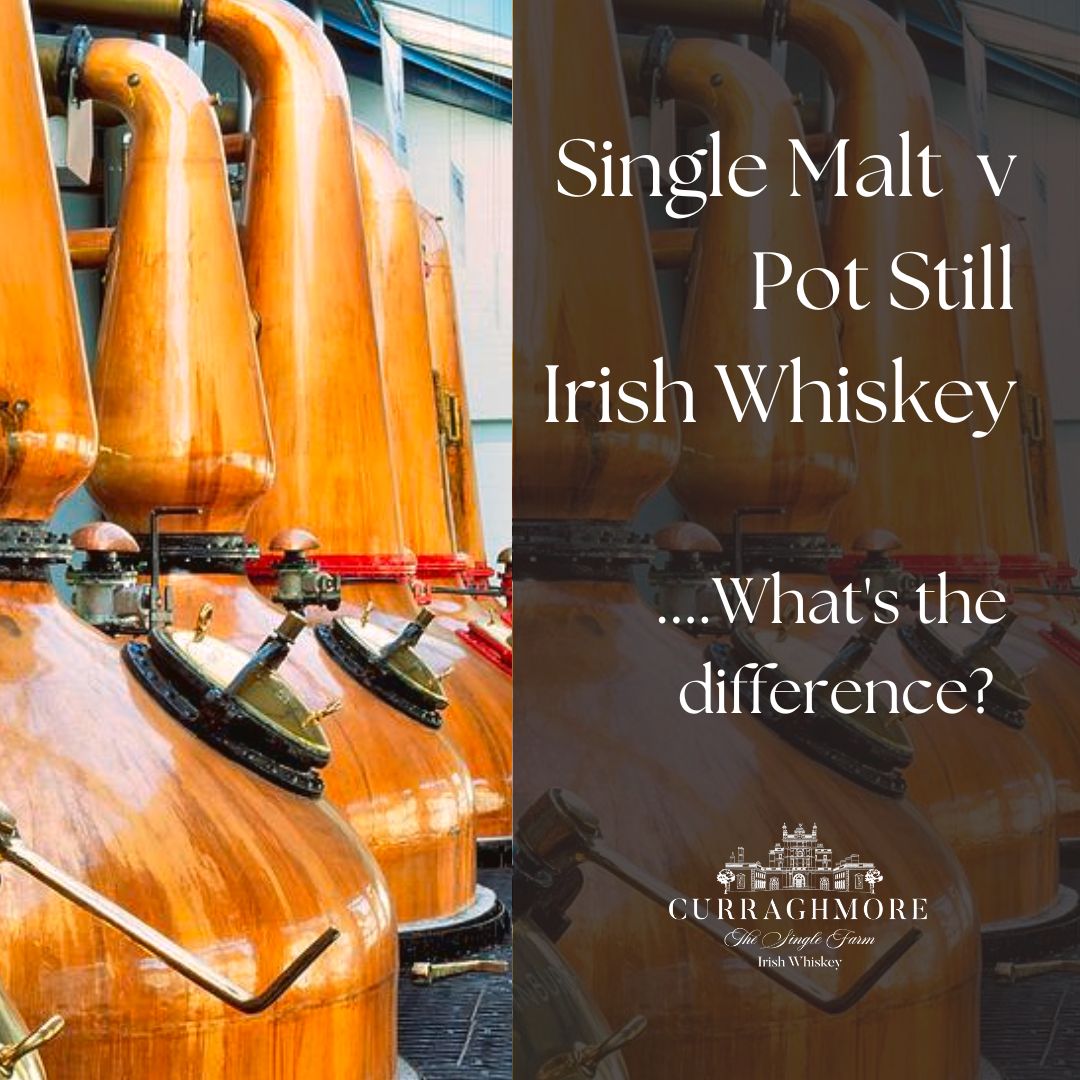 The terminology around Irish Whiskey can be confusing, so we thought it might be helpful to explain the difference between the two.

Single Malt Irish Whiskey means that all the liquid in the bottle was made entirely from a single type of malted barley, at the same distillery in Ireland – so it’s made up of 100% malted barley.

(The ‘single’ in ‘single malt’ simply means that the whiskey is the product of a single distillery.)

Single Pot Still Irish Whiskey uses a combination of malted and unmalted (or ‘green’) barley as well as other grains like oats, and it is triple distilled in a pot still, in a single distillery in Ireland. The technical file of Single Pot Still is no less than 30% malted barley, no less than 30% unmalted barley, and no more than 5% of other grains.

It’s important to note – Single Malt whiskey can be produced anywhere in the world, whereas Single Pot Still Whiskey can only be produced in Ireland.

Single Pot Still Irish Whiskey is renowned as being the finest example of whiskey in the market – The difference in the recipe allows for layers of spice and creaminess that single malts just don’t have. It offers a

wonderfully creamy mouthfeel and spicy, orchard fruit flavour. One of our favourite Irish Whiskeys (apart from our own of course!) is Redbreast – one of the truly authentic Single Pot Still Irish Whiskeys.

Single Pot Still Whiskey arose as a pushback from a tax that was introduced back in 1785 – a tax on the levels of malted barley used in whiskey. Clever Irish distillers found a way around this by adding unmalted barley to the mash bill, thus bringing the level of malted barley down, and avoiding the tax – and creating a new category of whiskey that still stands today.

By the end of the 19th century, there was more Single Pot still whiskey being exported from Ireland, than any other whiskey style from any other country. Its popularity waned however due to various factors (Prohibition in the US, changing tastes of the market – preferring a milder flavour) however it is now seeing a resurgence in recent years as tastes come around again.